An NFT project with 5.000 stoned characters and 500 white list places. 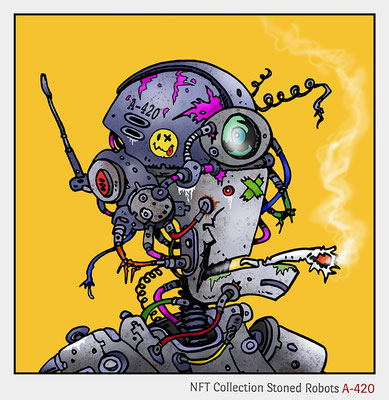 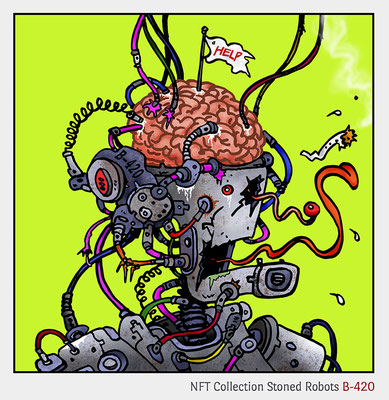 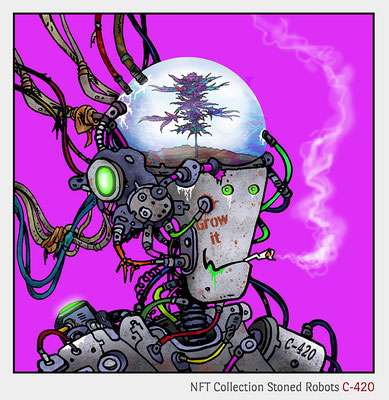 - Each Robot is unique and phantasmic, based on hundreds different characteristics.

- The goal is to build a strong stoned community and project in the NFT field and hemp art market.

The inability to accept the mystical experience is more than an intellectual handicap. Lack of awareness of the basic unity of organism and environment is a serious and dangerous hallucination. For in a civilization equipped with immense technological power, the senses of alienation between man and nature leads to the use of technology in a hostile spirit - to the "conquest" of nature instead of intelligent co-operation with it.

For thousands of years, the hemp plant was cultivated and successfully used in many ways. Then, since 1929, it was banned in large parts of the world, which made a meaningful use of this "plant of the gods" largely impossible. This "ban" has caused unimaginable damage due to a lack of awareness of the unity of man and nature.

The bans are now finally falling worldwide one by one, and already new dangerous technologies and ideologies are spreading that are subject to the same error and lack. With the school of thought of transhumanism, which includes new technologies, the focus is suddenly on the transformation of human nature itself. How far do the new technologies go, how far does dehumanisation go? Are we now creating robots or becoming robots ourselves?

History teaches us that everything that goes against evolution and the harmony of man and nature is doomed to fail sooner or later.

My collection "Stoned Robots" is a satire on this.

Please check out my Vita...

Are you looking for an extraordinary artist for your project?
Ask me without obligation.